The Criminal Law Attorneys of our firm diligently addressed a shocking case in the city of Santa Cruz de la Sierra, since it was a possible arson attempt in the Viru Viru Airport.

In August 16, 2018, in the city of Santa Cruz de la Sierra, Bolivia, several media reported that JS, an American citizen (name initials) was caught-in-the-act when trying to spread fire in the neighboring areas of Viru Viru International Airport. At the time of the capture, (the authorities) were able to verify that the individual was in possession of sufficient convincing elements to ignite the fire, and was immediately transferred to the Crime Fight Special Forces in the vicinity of Warnes, it is believed that the individual originated a large fire a few days before at the airport.

When the authorities referred to the particular criminal law case, they affirmed that JS claimed to have attempted the alleged crime in vengeance to an airline that did not allow his return to the United States. This information led to elaborate a solid defense strategy under the assumption of mental insanity, given that the motive for the alleged crime did not reach the minimal standards to justify such a serious event in retaliation. 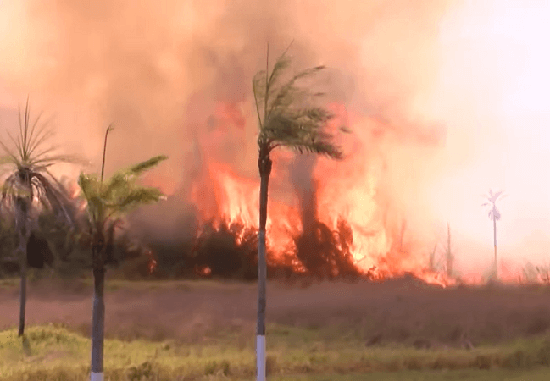 In September of this year, in the city of Santa Cruz de la Sierra, the Criminal Law Department of our Law Firm received a call from the United States, in which the father of JS, in shock, requested the defense of his son in this case. To this effect, the Criminal Defense Attorneys of RIGOBERTO PAREDES & ASOCIADOS in Bolivia displayed the utmost sensitivity regarding this family tragedy. Especially dealing with a distressed father in the U.S. while JS, his son, was about to face a criminal trial that could result in a prison sentence for up to 20 years for the series of concurring crimes he was set to stand trial for.

Once our Criminal Law Lawyers got the case and made the corresponding investigations, they paid a visit to JS, who was preemptively detained at the Okinawa Penitentiary. Unfortunately, in said penitentiary our attorneys were able to verify the inhumane conditions in which JS was being kept, he was ill, had lost weight and, due to the language barrier, was unable to communicate. This situation, according to our Criminal Law Specialists, was utterly dangerous for JS’ life, not only due to his health condition but also due to JS’ inability to communicate.

After somehow stabilizing JS, taking care of his health, improving his nutrition and his conditions in the penitentiary, the Criminal Law Department of our Law Firm, under the supervision of Dr. Oscar Merizalde, performed an analysis of the most efficient legal strategies available for this particular case. There were several arguments regarding JS’ mental health that may have been used. However, obtaining this medical certification was extremely complicated in the United States due to the medical privacy protection procedures, the legalization and the translation of these documents. Therefore, we pursued a more efficient strategy with the goal of obtaining the freedom of our client and his return home. 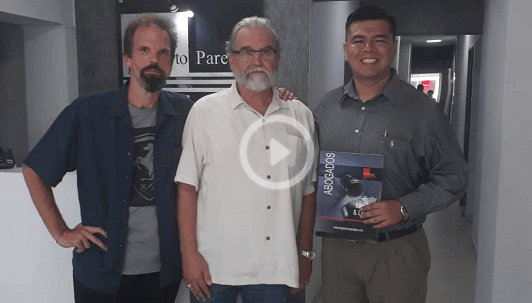 The Criminal Defense Attorneys justify the use of an Abbreviate Procedure

Which is why, by means of an assessment of JS’ behavior in the penitentiary, and given the lack of existence of criminal and police records of our client, the immediate release of our client was granted through the application of an abbreviated procedure which eventually adhered to the legal entity of the judicial pardon.

Therefore, we applaud the efficient and effective work of our Criminal Law Attorneys in Bolivia, particularly Dr. Oscar Merizalde’s, who, by his commitment to the sponsorship it this quest, gave us the kind satisfaction of witnessing JS’ reunion with his family, who will now be able to enjoy Christmas together.

Do you want to speak with an expert lawyer?